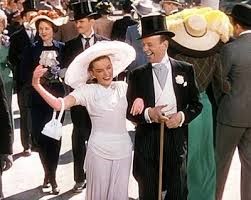 So, what do these 6 celebrities have in common? Is it their smiles or the fact the 3 of them are wearing a hat? Is it the music that they make or sing? Perhaps they all went to school together?!! In fact, it’s none of these things. Let me ask you this…’how does a family of 5 celebrate Easter weekend? By driving to Chicago to see the Rolling Stones Exhibit, Exhibitionism. For more than 2 decades now the Rolling Stones have infiltrated my life, good or bad, and really without no choice of my own. My husband, a big fan (crazy) on many occasions has stocked the group as they announce surprise club shows, has stood outside numerous rehearsal locations listening to music through the exterior walls and has even been chased by security as he was blocking Mick Jagger from leaving the Horseshoe Cub in Toronto. In 1998 the Stones had to postpone and reschedule their No Security Tour, very close to our wedding date. My husband had threatened to cut the wedding short if the ‘rain-date’ fell on the same day. It didn’t, but still the Lapping Tongue groom’s cake made an appearance for the 10:00 buffet. A few years later when we were expecting our first child I told my husband that it’s good for the baby to listen to classical musical while in Utero. He heard ‘classic’ and thought that meant the Rolling Stones and started playing the entire discography for our son. In naming our son, the only name that I would agree to give him from the lineup was William (after bassist Bill Wyman). This wasn’t his first choice, he had asked about Mick, Keith, Charlie already. From day one our son listened to all things Stones so much so, that by age 4 he was off to his first concert. He would have to wait another 9 years before he could see them again and this time needed no ear plugs, and now actually remembers being there. A couple of years later, in 2015 for his graduation, my husband and son took off on their Rock ‘n’ Roll road-trip with stops at the Rock and Roll Hall of Fame, then on to Columbus to see yet another Rolling Stones Concert. Now, there has been many other events along the way like special re-released boxed sets, movies, records (and yes now actual vinyl records) to infiltrate our lives. So this Easter weekend, think of me as my daughters and I take in the exhibit for a couple of  hours and then we lose the boys for 2 days as the explore (with their VIP passes) the wonders of the Rolling Stones…50 plus years and counting! So whether you wear your bonnet or not, spend time with family, or simply enjoy the coming of Spring have a great weekend and I will see you next week. Cheers, Sarah.[/vc_column_text][/vc_column][/vc_row]